We had to pitch an animated series for Illustration One
This film would be called Dark Shadow
It follows the story of Romy and Cyrene
The merfolk and humans co-habitate underwater, the merfolk living in the ocean and the humans living in a lush environment encased in glass built into the sea rock
One day a dark shadow cases over the whole ocean and suddenly merfolk start to go missing
They immediately blame the humans but when they show up at the humans environment, they realize that they are having the same problem
Cyrene shows Romy an ancient book they discovered that speaks of a similar occurrence about 1000 years prior
Using said book, the two (with the help of other side characters) discover what has been going on...

You get to find out what has been happening in a later post, because I do not currently have the artwork for it :] 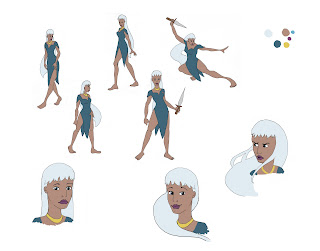 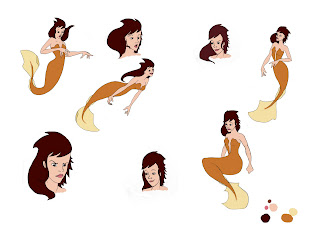 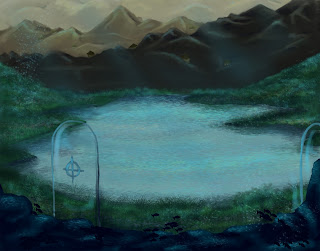 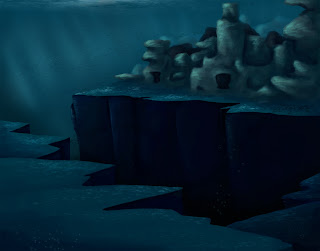 Posted by Alexa Fishman at 9:06 PM